my army of women 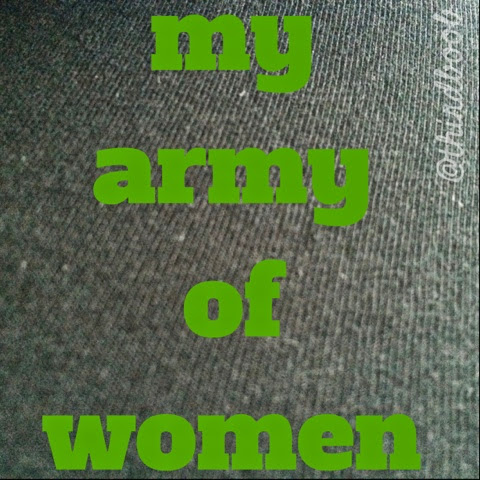 my husband has been working a lot lately. with his law enforcement job, it is anyone's guess when or if he'll be home on any given night. normally i can handle the masses but yesterday was a different story. my toddler was on day four of a raging fever and that night, while my husband was out chasing some bad men, my daughter got sick as well. i was up all night with the pair of them. as 7:00 AM rolled around and my other three stirred, i knew i was in need of reinforcements. i'd used the last of the fever reducers over night and there was no way i was going to be able to drag all five to the store.

i contemplated what i could do...leave them at home? take a couple of them? wait until my husband magically returned from work? i wanted to be self-sufficient but when it came right down to it, i knew it was time to wave the white flag of surrender and see if there was anyone who might be willing to help a mom out. i posted this to facebook: 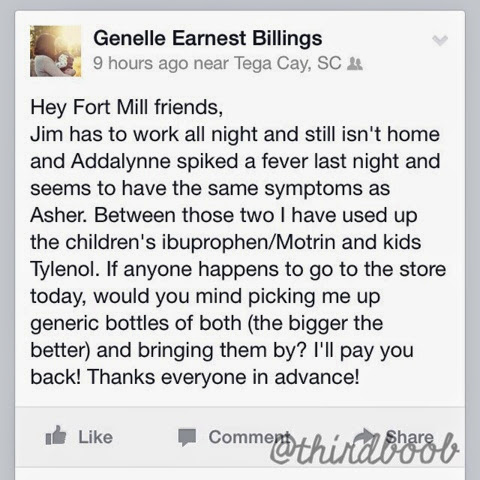 that was it. a simple cry for help in the middle of my sleep deprived morning. i figured someone had to be heading for the store during the day. still, it was hard for me to press send. it was hard to admit i needed help. i liked feeling like i was the rocking mother of five. and yet, when it came right down to it, i figured between the killing of my pride and a trip with five kids to the store, i'd bury my pride and stay at home.

the crazy thing? the response. within minutes someone offered to pick up the medicine. i thought the flurry of messages would end after that but that was just the beginning. there was this: 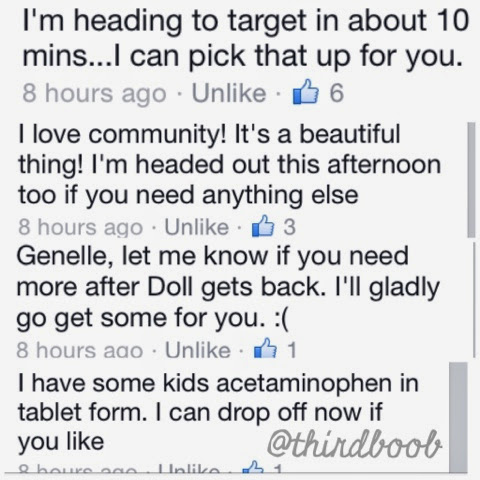 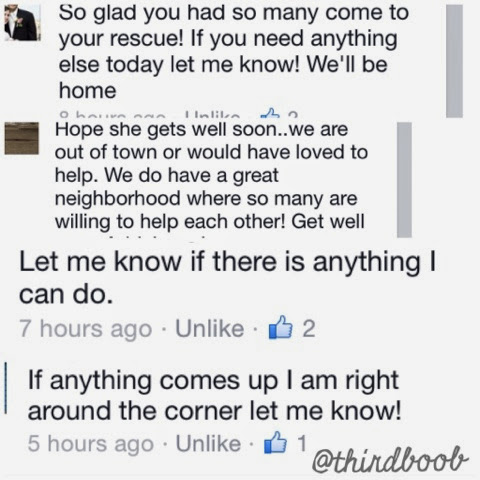 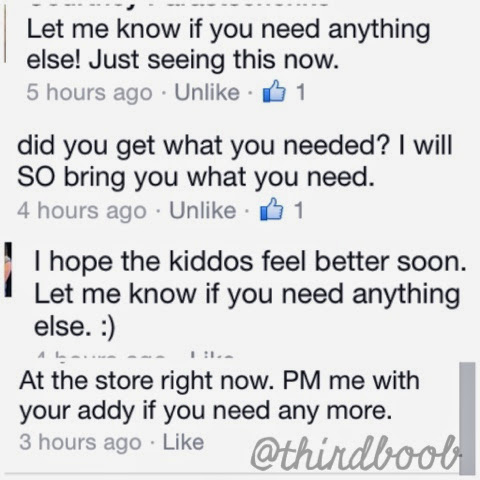 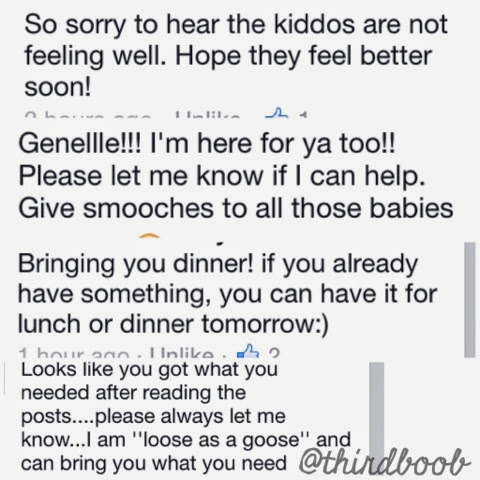 and those were just the facebook messages. by the afternoon, there were 36 facebook messages offering help. there were several texts from friends. not only did i get the two bottles of medicine, but my favorite drink from starbucks. someone else brought me juice and a party tray of chicken nuggets and fruit from chick-fil-a for lunch. i had three offers for dinner, two people who just came and dropped off food. countless others texted me throughout the day to see how i was.

my friends from out of the area chimed in on facebook too. their responses? 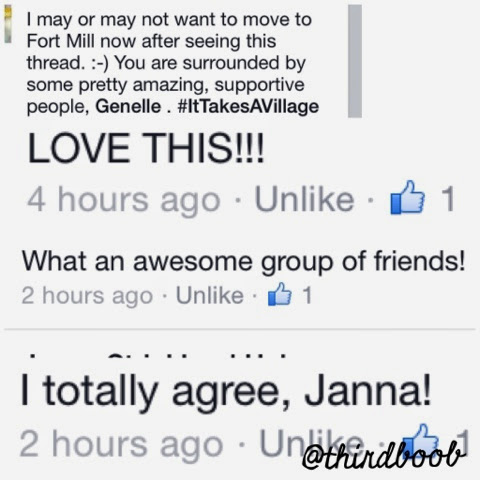 i may still be sleep deprived. i may still have two sick kids. my husband may still be a walking zombie. but i'm not alone. i'm surrounded by an army of amazing women who have my back. and just like that, am invincible. i think i may just go conquer the world.

for more, read: no mom is an island and don't block my blessing.