a day for the record books 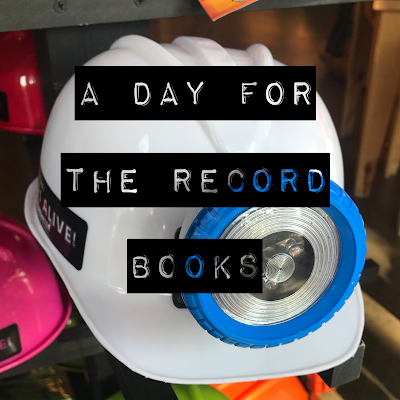 there are some days that will go down in the record book of my life…days i’d rather forget but i know i never, never will, no matter how hard i try. my recent visit to the dermatologist will go down in the analogs of my life’s history for years to come. it was just that good…or horrific, however you may describe it.

heather and i are religious about getting our skin checked. we want to keep skin cancer at bay in both of our lives. so, once a year, we make the trip to the dermatologist for one of our least favorite doctor’s visits of the year.

this year i walked into my doctor’s office and, while still in the waiting room, i picked up the office brochure. after about two seconds, i noticed the list of doctors at the practice. there were five…count them…five female doctors and one male doctor. which one was i scheduled to see that day? you guessed it... the only doctor without a vagina. don’t ask me why i had chosen this doctor. i’m pretty sure my husband is to blame as it is his doctor too and he convinced me the male doctor was amazing. always, ladies, always choose a female doctor as your dermatologist. always.

after my brief waiting room visit, i was shown to my exam room by a perky little twenty something blonde with a never-had-a-baby body. she pulled out a gown and told me to strip down but to leave on my bra and underwear. no, first, let me explain that i’ve seen the dermatologist every year for the last five years. still, i’m fairly sure i have blocked the visits from my memory because i didn’t show up prepared at all for this visit. the perky blonde 20-something nurse left the room and i surveyed the status of my undergarments. i had worn a cami that day instead of a bra…a full cami with it's own built in bra that for sure had to be removed if the doctor was going to take a look at any of my back. i decided i would just go camando on the top and hope no one noticed. then i took a gander at what underwear i had chosen and discovered a skimpy, lacy thong. that’s right, friends. not only was i going to go braless when i was told i could wear a bra, but i was also now the creepy lady wearing only a lacy thong to her appointment.

enter the doctor and perky blonde nurse into the room to where i was fully draped in paper like one typically would be for the gyno with only my thong on underneath. the one male doctor of the practice shook my hand, asked me how i was doing, and then, no joke, put a miner’s light on his forehead to survey every square inch of skin on my body. was he searching for gold? mining for diamonds? digging for buried treasure? i have no idea but apparently the light on the forehead made looking at my thong clad self even more fun.

he started to go over each and every part of my body, the skinny nurse chatting with him in the background. i was okay with the process until he asked me to stand up and turn around. of course. of course i would love to stand up and turn around to show you my bear nether regions. nothing would bring me more joy. as i stood and turned around, i could see the eyes of nurse sunshine grow exponentially. for sure i was the creepy 40 something lady who just doesn’t give a crap anymore. everyone should be as comfortable naked as i am. at that moment i wished the world would open up and swallow me whole. still, the doctor kept chatting to me about my plans for today. “besides dying of embarrassment, my day's schedule is wide open.”

then, just when i thought things couldn’t get worse, the doctor turned me around and told me he has to lift up my boobs to see the skin underneath. well certainly, that makes perfect sense. after nursing five kids, let’s be real, they don’t stand to attention like they once did and so, miner’s hat ablazing, he proceeded to lift one boob and then the other to survey the skin underneath.

at that moment it occurred to me, someone gets paid for this. they went to school and decided, “i want to wear a miner’s hat and lift up people’s boobs to see what’s underneath for a living.” seriously. this is the job someone chose and they get to do this every. single. day. it really was a remarkable revelation.

later that night, heather one-upped me by telling me that, not only did her doctor tell her to strip completely naked, but he also asked her to “bend over and spread her butt cheeks.” i kid you not. you can’t make these things up people. we are living the dream, friends, living the dream.


i checked out of my doctor’s office and they wanted to schedule me for the next year. i didn’t have the heart to tell them that it would be a cold day in hell before i went to see that doctor again. i figure i’ll wait a couple of months and call back to get one of the five female doctors. i’m pretty sure i’ll ask for the most matronly woman on staff. i want someone to look at my sagging boobs and thong wearing self and say, “you’ve had five kids? dang, girl, you look amazing.” that, or i’ll block this visit out completely again and show up for the next visit wearing no underwear at all. let’s be real. that is probably the route i will take. might as well keep life interesting, right?
Posted by Unknown at 2:22 PM 1 comments 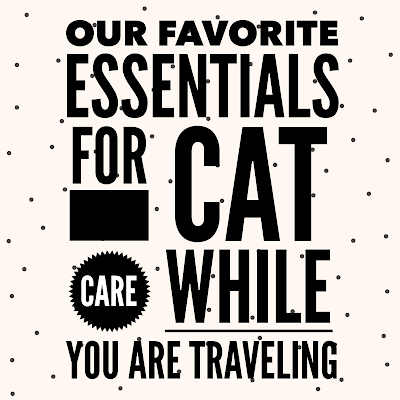 when you have pets, travel can become a complicated and often expensive luxury. finding and paying high amounts to a boarding facility or counting on a friend or neighborhood kid comes with added brain damage.

if you are like many out there this holiday season, you will have some travel on the horizon. while i have many people lined up to check in on my cat friends and give them tons of love and attention whenever i travel, i also had some tricks up my sleeve to ensure that everything runs smoothly and i wanted to share those tips with you.


our favorite essentials for cat care while you are traveling 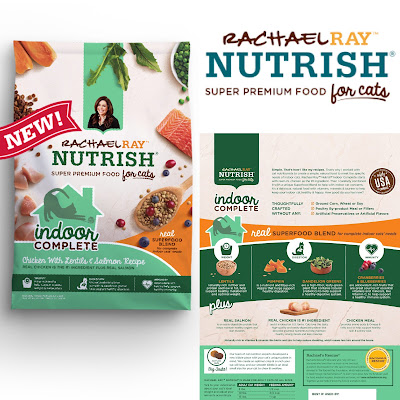 providing your fur baby with essential nutrients is imperative. it's no secret that we have both been huge fans and supporters of nutrish since they started their cat food line. their food is exactly what our cats want to eat and provides them with the nutrishion (see what i did there?) they deserve. we also love nutrish because of how they give back and support the adoption of shelter pets. 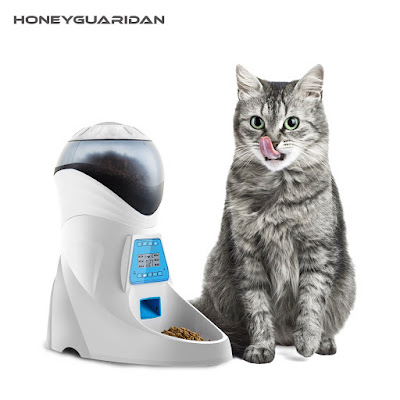 this thing has been a life saver for us. even when we don't travel, it's nice to have one less thing to think about on a daily basis. this provides just the right amount of food for our cats on their schedule. they are fed and we are all happy. it's a win-win. 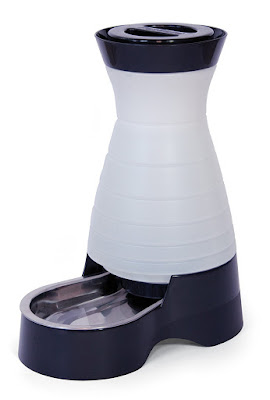 this is another one that is a simple help to pet owners everywhere. my cats only ever want to drink fresh water and consistently getting them the fresh water that they want can be a lot of work. this helps to solve that problem and provides fresh water on a more regular basis without all of the work needed to consistently change out a water bowl. 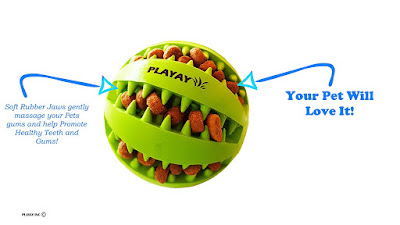 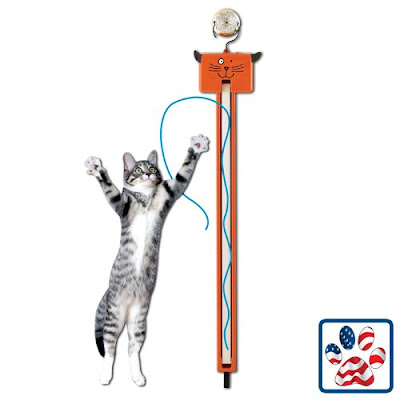 the more activities you have for your pets when you are not there, the less likely they are to destroy things that you leave behind. toys around the house provide entertainment for your kitties and help to keep them busy when you can't be there to play with them. 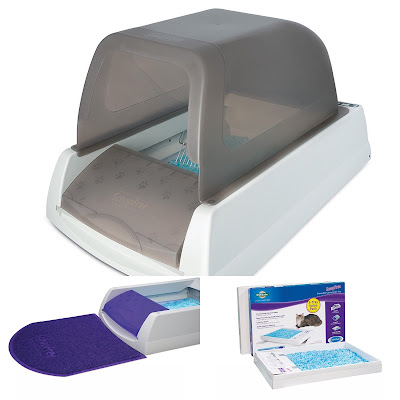 okay friends, these three things are a life-save every. single day. they are amazing. this cat little box is completely automatic. you buy the little boxes, you replace them when they are full and you throw the whole box away. no scooping, no bags, no kitty litter flying all over the place. it's amazing. on a monthly or bi-monthly basis, just change out the boxes. put a lid on the old box and toss it away. easy peasy. seriously. this one is worth your money. 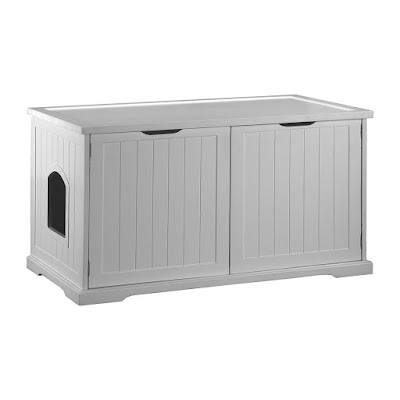 i love this one. no one wants to have to look at a kitty litter box. it's not exactly welcoming in your home. this is a simple way to hide that kitty litter box and have something that looks somewhat attractive in the home.


a friend to stop in daily for back scratches and loves


a trusted friend or a neighborhood child is worth their weight in gold. "pet-sitting" is a fantastic first job for a sweet, trustworthy neighborhood child and they will usually go above and beyond to do a great job and prove their worth for countless jobs to come. i know our sweet neighborhood kids have spent extra time and energy than we ever imagined they would. they are treasures. when we are away, they are the perfect little people to shower our pets with love and affection and will be just what is needed for our fur babies to make it until we get home.

....and then don't forget tons of snuggles to give when you return home......i swear, she loves me....but the catnip souvenirs we bring her home from our trips...those she loves more. lol! 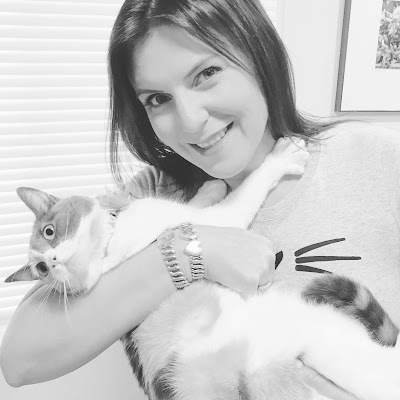 rachael ray nutrish continues to give to rachael's rescue, an organization that was created for all the forgotten pets who may not have someone who loves them as much as they deserve. a portion of the proceeds from each sale of nutrish is donated to the rachael ray foundation which helps animals in need through rachael's rescue. through september of 2017, rachael's rescue has donated more than $21 million dollars to pet charities and other organizations that do good for animals. the funds are used for food, medical supplies, treatments and more for the animals in need. many more animals around the country need help, and through rachael's rescue, together we can make a difference in the lives of many four-legged friends.