waiting for her to die 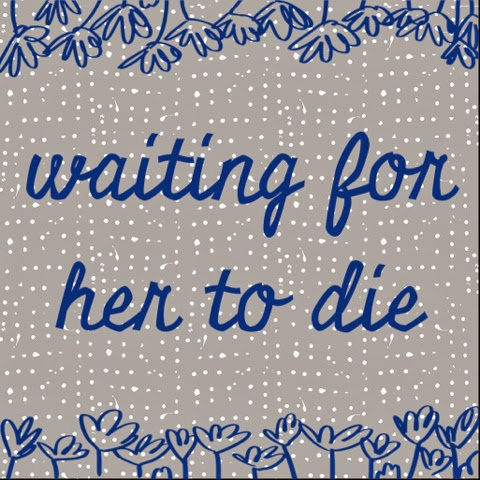 she used to love christmas. it was one of her favorite times of the year. my christmas memories are full of her...big pots of texas chili on christmas eve, a present filled tree, tons of laughter and musical dancing santas filling her house. my grandmother brought laugher everywhere she went and she loved us to pieces.

and i am waiting for her to die. scratch that. i’m praying for and hoping for her to die. for the end of her life. for a time of death. for a chance to finally say goodbye. and i feel like a horrible person for putting my thoughts down in writing.

i grew up living about one mile from my maternal grandparents. we saw them multiple times a week. they went to our same church. my mom worked for a time in their business. they were as integrated into the fabric of our lives as they possibly could have been. and it was amazing. my brother and sister and i grew up with these amazing people in our everyday lives. when i was in elementary school, i would head to my grandma’s house and she and i would take long, epic walks, some days walking for miles. we would talk and sing and tell stories. we usually ended up at the cafe of thrifty drug store for a coke and i would be in heaven. i felt spoiled by one-on-one time with one of my favorite people in the world.

my grandmother was a great southern cook and i learned early the delight of texas chili and cornbread, of cakes every day of the week, of ice cream on every occasion. she was witty, hilarious even, and could find the humor in just about any situation. she made quilts for me and for each of my friends when i was away at college and she prayed for each one of my girlfriends to find a great husband. i had friends that would go up to her and ask her to pray for them too…she had a pretty good track record where her prayers were concerned.

read "my life in quilts"

i have a stack of letters from her that i will never part with. she wrote me one letter a week for every week i was away at college. they would tell of her days, include comics, funny stories, simple life anecdotes. they are amazing and they helped me through those years away from home while i was branching out on my own. she was a lifeline to me and i have no memory in my life where she is not a part of it.

but now she doesn’t know my name. she doesn’t know anyone’s name. she doesn’t know where she is or why. she’s forgotten her husband, her daughter, her son, her grandkids. she is lost somewhere in the wrecking throws of alzheimer’s and dementia. it is a miserable combination of diseases that sucks all the mental capacity from its victims and leaves only the shell of their former selves. it is torture.

so, we keep on moving. my mother goes to visit the woman who has impacted her more than any other, her own mother, and she grieves a prolonged grief. she is lost to this woman who doesn’t know her own daughter and my mother has to mourn that loss over and over and over again. my mother has to walk with the dread of another visit where she is unwanted and where her very presence causes confusion and pain. yet how can she stop? how can she abandon a mother even if she finds my mother a stranger?

she loved christmas. she loved my grandpa. they married when they were barely eighteen and were still very much loving one another and caring for one another when he passed away five years ago. i'm sure somewhere in the shell of her body, she remembers him and longs to see him again. if i could give her one thing this year, it would be the gift of release, of letting go of the shell she has become to be reunited with the man of her dreams and to celebrate christmas in heaven. i believe that would be the greatest gift i could ever give to one of the greatest women i have ever known.