it's time for fall y'all 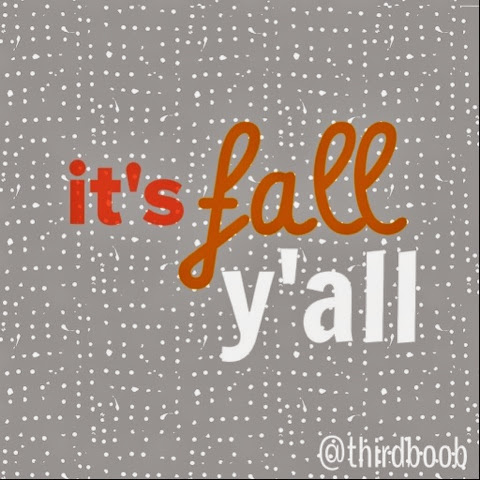 i've lived in the south for six and a half years. that's right. this former nomad has lived in one location for that many years. with the exception of my childhood home, i have never lived this long anywhere. ever.

i have to admit, the move to the south has taken some adjustment. i'm a born and raised california girl. i grew up in the amazing wine country of northern california and then moved to the picturesque san diego county. after a brief stint in the middle of the desert, i moved to the caribbean coast of south america and lived for five plus years in colombia and venezuela. is it any wonder that hitting the carolinas caused a bit of whiplash? the fall and winter weather alone are enough to throw me into a whirl. sweaters and boots? i literally didn't own any. seriously. my idea of winter wear was throwing on a hoodie paired with some flip flops.

after six years in the south, i'm finally learning to embrace my new southern home. i now recognize seasons and appreciate all of them, from our one day of snow each winter to the ridiculous humidity of the summer. i've come to appreciate mac & cheese, fried pickles and shrimp and grits. i say "yes, ma'am" more often than i ever dreamed i would. i wave to my neighbors whenever they drive by and provide casseroles for anyone who is sick. i have a deep love for southern bar-b-que and i sleep in a giant nascar t-shirt most nights. i'm officially becoming a southern girl.

until last week, there was one southern trademark i could not claim. i did not own a pair of cowgirl boots. last week, i crossed the final hurdle and am now the proud owner of an absolutely beautiful pair of cowboy boots. 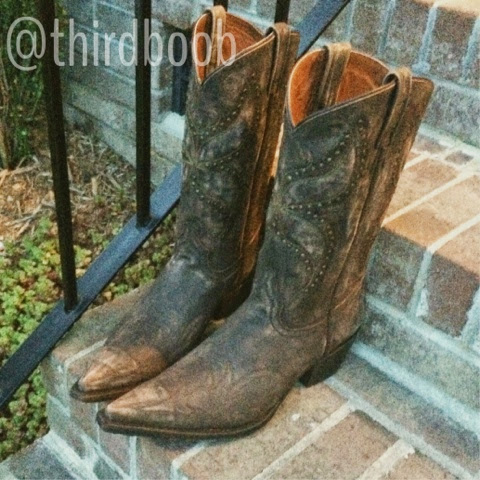 still, there was a huge dilemma in front of me. i have given birth five times. there are no daisy dukes in my future. i needed to find some outfits that i could wear that suit me...mom of five...almost 40...former california girl. i may never pair my boots with flannel or short shorts, but i'm pretty sure there are outfits that will suit me just fine. they just might be what i was missing to marry all the places i've lived into outfits that are comfortably me.

here are the outfits i found for myself: 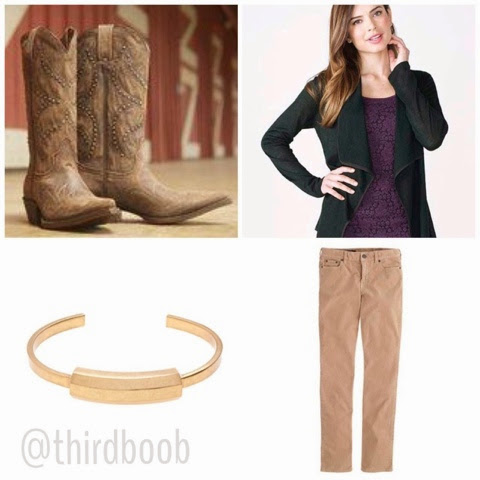 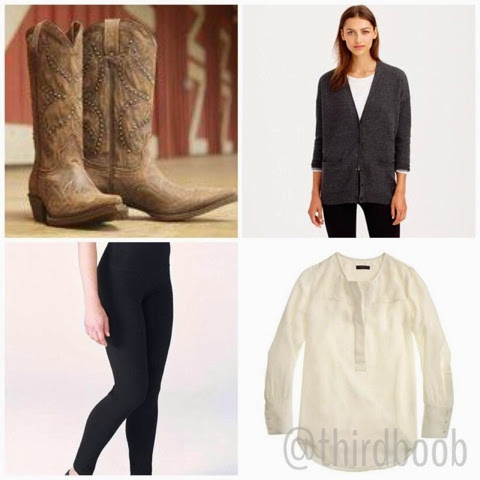 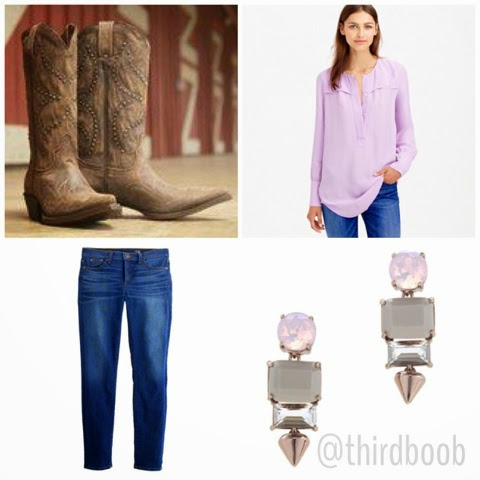 what are you waiting for? cowboy boots scared me for a long time. i couldn't imagine how i would wear them. now that i have them, i can't imagine how i lived so long without them, especially when paired with fall fashion. come and join me on the country side. maybe these crazy southerners have been right all along. 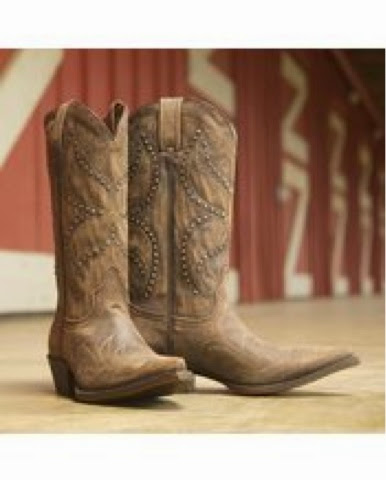 the boots shown are from www.countryoutfitters.com. they are the addie butterfly boot by 8 second angel. they retail for $179.95 with free shipping.

disclosure: this is a sponsored post with acornInfluence. country outfitter graciously sent me a pair of the most fabulous 8 second angel boots. the opinions are all my own.