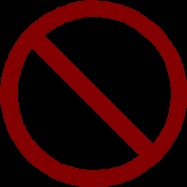 i'm always shocked at how mean kids can be. for my daughter, it started in her three year old preschool class. you read that right, it started when she was three. kids started to say that they didn't like each other anymore. one girl refused to play with her. an older girl down the street called her a baby because she still loved to play with disney princesses.

for my oldest son, mean kids have come in all shapes and sizes. some have picked on him because he is younger than they are. some pick on him if they think they are better at sports than he is. i see it more often than i want to and it always spurs in me my "mama bear" protective mode. if i was being honest, i would just tell you that i want to tear those mean kids to pieces.

then i remember that once upon a time at different stages of my life, i have been less than kind. i don't remember being one of those people who go out of their way to exclude people, to bully, to leave people out. i have too much of a people pleasing nature (and excellent parents who taught me better) to do that. i do, however, remember laughing at people behind their backs. i remember my girlfriends and i in college using phrases like "there's your boyfriend" to draw our attention to a guy whose appearance didn't meet our oh-so-lofty standards. i may not have been a bully, but i was certainly a bit of a snob and i can look back at my younger self and feel ashamed of how much i judged people i didn't know.

the sad thing is, i still know adults who act this same way. mean girls still exist, well into adulthood. i've heard unkind words about how people dress, how they parent, how much they weigh, what their make-up looks like (how shallow can we be?). i've heard mother's criticized if they have kids who are misbehaving. i've heard people's unkind words based on nothing other than outward appearances. mean girls are alive and well. i'm starting to wonder when it will end.

when my own kids come home crying, i am reminded yet again the power of our words. i don't fight back. i don't post horrible things about the offending child on facebook. i don't encourage my kids to fight back. i certainly don't encourage my kids to use unkind words in retribution. i look my kids straight in the face. i tell them how wonderful they are. i pour compliments over them. i tell them ways they excel. i tell them how their unique gifts and talents were designed just for them and that they were created the way they were for a purpose. i tell them that it doesn't matter what someone else might say. i tell them that, whether they believe it or not, no one is exempt from mean girls. most importantly, i ask them to describe how they feel to me. when they share what is inside them, the hurt, the disappointment, the insecurities, i tell them to remember what that feels like so that if they are ever in a place when they have a chance to be unkind, they will chose the high road. if they can recall how bad it feels, i have found that they are less likely to inflict that pain on someone else and more likely to come to the aid of someone being picked on.

kids can be mean. i'm pretty sure i can't stop it from happening. i may just be one of those crazy people who hope that it happens to my kids at least once. i want them to learn compassion, empathy, and forgiveness. i want them to learn from any pain they are caused. i want them to learn that their worth is not dependent on the words of others. most importantly, i want to lead by example. i want them to find me being kind, appreciating people for what they are like inside, and recognizing that someone who makes me laugh is way more important than someone who wears designer clothing. i'm putting an end to whatever version of a mean girl once existed in me...and teaching my kids they can do the same.
Posted by Genelle "Nellie" Billings at 7:40 PM