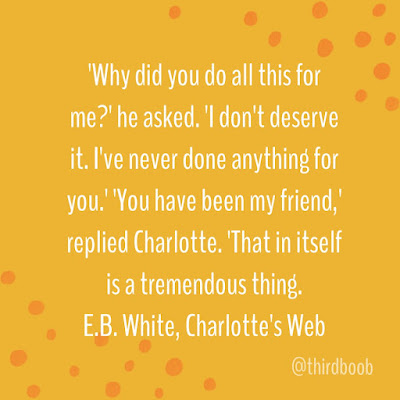 when i was 3 years old, my family moved into a home my parents built in the suburbs of san diego. the home was on 1/4 acre of avocado trees. there were tons of things to do outside.....unfortunately, i didn't have a lot of close neighborhood friends my age to play with because all of the homes were so spread out. the closest home to my parents was up a small hill from theirs. in this pepto bismol pink home (no joke) lived an elderly woman by the name mrs. foote. i grew up with a personality that would talk to any living thing and wanted to make friends with just about anyone that would talk to me. my favorite people to talk to were adults. even though mrs. foote was mainly confined to bed and was super grouchy, my mission in life became trying to get her to smile. i remember picking avocados from our trees to bring her, picking flowers from her yard to bring to her, drawing pictures and all sorts of things i could think of along those lines. although she would mostly yell "leave me alone" anytime i arrived and the home care nurse let me in, i was persistent.


one day mrs foote's daughter came to visit. her husband was high up in the military which caused them to travel a ton and not be able to live in san diego. i suppose she was probably in her early 50's at the time, but she listened to me with these bright eyes and made me feel that my views and questions were important and i so clearly remember how she made me feel special and heard. every time her and her husband traveled around the world she would type me a letter to share her journeys and bring me home a doll from the country they had been in. (as you can imagine, i racked up quite the collection of dolls from around the world). 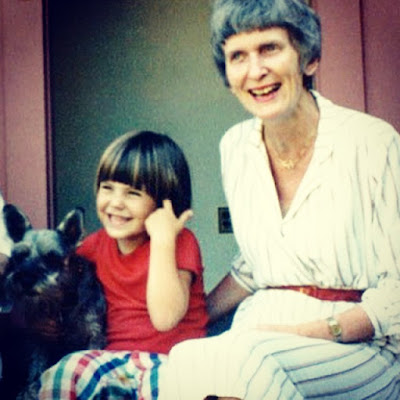 the other day while cleaning up some paperwork at my desk, i came across a typed note from her that she had sent when i was in college. 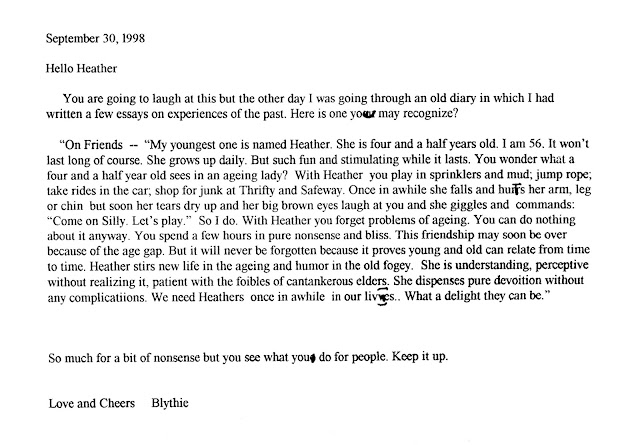 it struck me hard and i was brought to tears. it wasn't because she has long since passed but rather the humbling thought that i mattered to her. all of these thoughts in my head were always about how loved and special she made *me* feel. i never imagined that i had the ability to do the same for her. i am beyond grateful for having had the opportunity to have had an unlikely friend in her to learn from. as i think now, i am struck by the thought that i don't quite know where I would be and how different my life may have been had not been for her influence. i credit my love of travel to her. i wonder if had it not been for her influence would i have been brave enough to go in 6th grade to live with a family in japan? or travel the globe in college? perhaps not. i greatly admire the time she took to get to know me. we exchanged letters back and forth for almost 20 years, until the letters stopped coming and she was gone from this world. i suppose my take away from all of this is to never judge someone and to open your heart up to start a conversation and hear their story. true friends and can come to you in the most unsuspecting of forms, even as a curious 4 1/2 year old. who knows what an influence you can be in their lives and in turn in yours. i am blessed to have an amazing, growing tribe of people that are imprinting on my kiddos daily. i only hope they will be lucky enough to have something as special as i did with my friend, blythie. 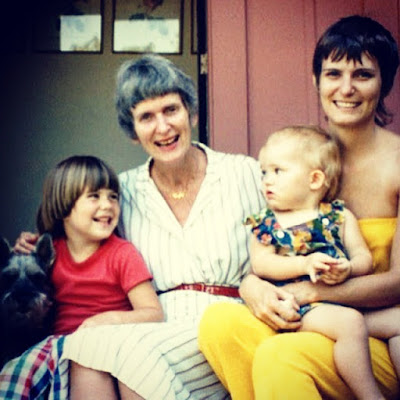 (from left to right: me, blythie, my little sister and my mom)